COMPOST AS A MULCH IN ORNAMENTAL LANDSCAPES

High quality compost has been traditionally used as an excellent amendment to build soil by providing major and micro nutrients, abundant organic matter and large populations of beneficial microbes. Over the years many Bear Path Compost customers have learned from experience the benefits of using compost as a top-dressing mulch in perennial beds and around trees and shrubs. For these customers it seemed appropriate to use compost as a substitute for bark or woodchips to mulch their valued trees and plants. If compost worked so well tilled into the soil why wouldn’t it work just 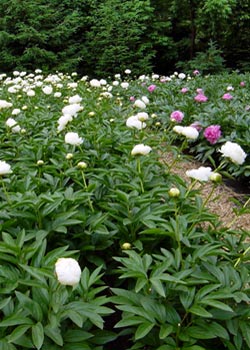 as well as mulch? The fact of the matter is compost works extremely well as mulch compared with woodchips and bark. Research findings presented at the March 2006 annual conference of the Ecological Landscaping Association (ELA) showed dramatically that compost is the mulch to contend with.

At the ELA conference Dr. Daniel Herms, an associate professor and researcher at The Ohio State University’s Ohio Agricultural Research and Development Center, presented his research titled: Organic Mulches in Ornamental Landscapes: Effects on Soil Ecology and Plant Health. Dr. Herms and his associates wanted to find out how two distinct types of mulches effected soil fertility and plant growth. In his study two mulches were examined. Ground recycled pallets which have a high carbon to nitrogen ratio (C:N) of 125:1 and composted yard waste with a C:N of 17:1. The Ohio State researchers hypothesized that mulches with low C:N ratios increase plant growth more than high C:N ratio mulches. 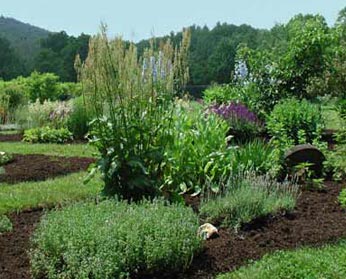 All organic mulches increase the numbers of plant beneficial soil microbes (bacteria, fungi etc.) which actively decompose these carbon rich products. Mulches high in carbon (shredded pallets, woodchips, bark etc.) can increase beneficial soil microbe populations to the point of reducing the nutrient availability for plants as soil nitrogen is immobilized (tied up) in microbe bodies. Composted mulches contain significantly less carbon and more nitrogen resulting in a lower and more balanced C:N ratio. These mulches allow microbes to thrive and have sufficient nitrogen (and other nutrients) to increase the growth of plants. In detailed experiments involving a series of replicated plantings of river birch planted in bare soil, soil mulched with shredded pallets and soil mulched with composted yard waste the following results were determined:

Additional mulched and bare soil plantings were supplemented annually with a prescribed amount of 18-5-4 NPK inorganic fertilizer. The study revealed that additional fertilization did not increase plant growth of the river birch trees mulched with composted yard waste. In fact it was determined that composted yard waste did not require any additional fertilization to promote growth.

The time spent weeding was ten times more for the bare soil versus the pallet and composted yard waste mulches – which were virtually identical.

Additional tests with Rhododendron’s determined that the incidence of Phytophthora Root Rot was significantly reduced when mulched with composted yard waste.

One, and probably the only, drawback to utilizing a composted mulch concerns insect resistance. The increased nutrient availability and growth from plants mulched with composted products increases their nutritional value and decreases their production of defensive chemicals. The study showed that damage from Japanese beetle and fall webworm was greater on river birch mulched with composted yard waste versus the pallet mulch or bare soil. 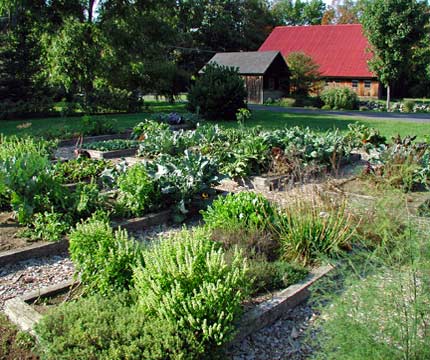 What does all of this mean? Composted mulches which have low carbon to nitrogen ratios outperform high C:N mulches (shredded pallets, woodchips, bark etc.) in almost all horticultural areas. This leads to several recommendations:

For degraded soils and new plantings always use a composted mulch product to increase plant growth and improve disease resistance.

If the “compost look” as a mulch is not desired for aesthetic or other reasons consider utilizing the compost mulch as a base and add a thinner layer of bark or wood chips on top. Alternatively consider a compost / bark mulch blend (1 part bark to 3 parts compost) that will have more of a barky look but with the enhanced benefits of compost.